It’s all about being virtuous and good to others.  Treating with utmost kindness, mercy, and generosity your parents, children, neighbors, the orphans, the helpless, the poor, and even the captive.

Refrain from and denounce all that is bad: Drinking Alcohol, stealing, committing adultery, fornication, gambling, lying, cheating, hypocrisy, treating anyone with injustice, racism or inequality, gluttony, greed, selfishness, arrogance, harming others from any faith or background in anyway or form.

Perform and promote all that is good:  Love, peace, equality among all God’s creatures, justice even on oneself or those closest, treating parents with utmost respect, being kind to and NOT causing harm to any of God’s creatures, human, animals, even as tiny as ants, or plants; honesty, charity, generosity, fidelity, mercy, forgiveness, visiting the sick, and not taking anything that was not rightfully hard-earned.

Why would your Creator give you something then ask you NOT to use it?

2.  There is no God but The One and Only God. He has no child nor was He born.  All prophets, including Abraham, Moses, Jesus, and Muhammad, are human and messengers chosen to convey His message to the peoples.

The single and most important advice

Do not take anyone’s word for it, even mine.  Conduct your own research with a pure, unbiased heart that genuinely seeks to know what is good and right.  Do not be a follower of mainstream media or how it portrays and stereo-types Muslims.  Do not even look to Muslims to judge the Religion, a huge percentage of them are not practicing Muslims just like most Christians aren’t.  Some may even have insufficient knowledge, or an incorrect understanding and hence provide the wrong information.

Do yourself a favor… READ the Quran and other books on Islam.  No one loses anything from reading a book !!  It will at least give you a better understanding of the religion unjustly under attack nowadays.

(Video below is the recitation of the very first, opening, chapter of the Quran, with translation). 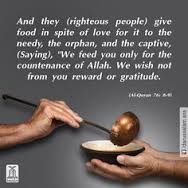 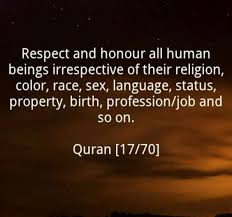